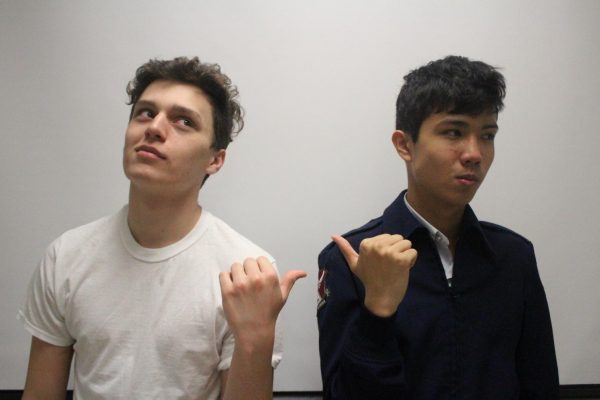 As Americans, we pride ourselves as the leading nation in most areas. Despite sitting on a pedestal, we created, as one of the most progressive nations in the world, we still face problems that no one should, like frequent mass shootings. Between the years 1966 and 2018, the United States had 150 mass shootings, according to the Gun Violence Archive. For decades now, we have endured shooting after shooting with little to no solutions taking place. This has become one of the cornerstones that have kept our nation politically separated.

The issue can be attributed to many different factors, but the heart of the situation is gun control. For years politicians and activists have been arguing over which path would be the right course for us to go down. Typically, Republicans, Libertarians and southern Democrats insist on maintaining the status quo of guns being available to virtually anyone over the age of 18. And on the opposite side, the remainder of Democrats see the need for better gun control with legislation that should help to prevent the wrong people from obtaining these weapons.

The discussion about gun control has been around for decades, but with every new mass shooting, there is a heated debate to follow. Most recently was the shooting at Stoneman Douglas High School in Parkland, Florida, which has fueled a new type of movement in favor of gun regulations; one involving direct participation from surviving victims.

After a mass shooting occurs we typically see surviving victims or activist groups appear on the news, but few survivors have attempted to make changes as directly as the high schoolers who survived the Parkland shooting. In the wake of the shooting, students have come forward to express their feelings and their view on gun control. This is really the first instance when the victims of a mass shooting have spoken out in a way that leaves a large impact.

This is not an easy issue to resolve. Everyone has an opinion and wants to be right. Each side fixates on their position and holds it for as long as they’re capable. Americans have a right to own guns if they are able to do so in a manner that will not lead to any unnecessary deaths. We need better gun control. The laws right now allow too many people who are not mentally fit to own guns, to purchase them without any restrictions.

Gun owners are not the problem. The manner in which these malicious shooters obtain their weapons is the problem. If we could establish background checks which address mental health screening, mass shootings would decrease. As for the public having assault rifles, the conversation becomes more intense. On one hand, people should have the right to their choice of weapon if they fit the necessary requirements to be a safe gun owner. On the other hand, if we allow more of these types of weapons to be sold they could fall into the hands of someone with bad intent, who otherwise would not be able to obtain them. This argument isn’t about taking away all guns from all Americans, it’s about making all guns unavailable to unstable Americans.

The right wing would like everyone to think that Liberals are trying to undermine their Second Amendment right. The Liberals want people to believe that the right wing doesn’t care about these mass shootings. Neither of these claims is true, both sides want the same outcome; a safe nation where our children and teenagers can go to school without the fear of getting shot, but how we achieve that goal is where our differences are found.

Most of what we hear are vague solutions, “we need more guns” or “we need to arm all of our teachers,” but how? Nothing that is spewed out in a heavy debate could lead to a safer America. We, the people, need our politicians to acknowledge us, listen to what we’re saying and cautiously come to a conclusion in which we will improve gun control. Since the first notable mass shooting, we should have known there was a problem. It’s well past the time to try to put an end to these senseless deaths.

America Was Built on Guns, Does Not Need to be Changed

Guns are fine as is.

Americans have a constitutional right to own firearms. The Second Amendment guarantees not only the personal protection of ourselves and our families but the protection of our rights. The United States grew to be a superpower through the barrel of a gun. It was the militia with muskets that fought back the British at Lexington and Concord and founded the country despite British bans on private ownership. Case after case, throughout history, demonstrates an armed population speaks louder than one stripped of its rights.

Take China in 1989, a brutal corrupt government resisting economic reform causes protests in over 400 cities throughout the country. Over 300,000 armed men are sent to silence unarmed students, resulting in the deaths of 10,454 civilians, according to declassified documents written by the British ambassador to China. We, the people, are the only thing that guarantees the government upholds our values.

America’s problem is unique. Liberals are quick to point out the high murder rate yet fail to realize the vast ownership and how ingrained firearms are. For a country with nearly one firearm for every man, woman and child, only 30 people out of one million will die from a firearm, according to the Human Development index; two percent of those 30 people will die from a mass shooting. Murder is never acceptable, with a firearm or otherwise. But, according to the Congressional Research Service, the estimated 300 million guns in circulation makes the need for extensive gun control seem completely senseless.

School shooters are an extremely marginal percentage of the millions of gun owners in the United States and to have them represent the clear vast majority of responsible citizens is absurd. We shame judgment of African-Americans based on the actions of some, we don’t completely disregard teenagers because some vandalize a house, we are mortified at those who are hostile to Muslims based on the work of few, but quickly judge the responsible gun owners based on the bad ones.

The firearm industry is a multi-billion dollar business, bringing in hundreds of thousands of jobs. Nationwide gun control causes losses of jobs for many who rely on the industry to feed their families and it’s beginning to happen; The New York SAFE act restricting firearms in the state forced gun manufacturer Remington to close its New York plant, creating unemployment.

Gun control does not work. The changes the students are looking for in Florida have already been put in place in New York and California. These states have some of the nation’s strictest gun control including restriction of magazine sizes and extensive background checks. With all these laws, the states respectively in the year 2016 alone had 900 to 3,000 firearm deaths (the second highest in the nation) according to the Centers for Disease Control and Prevention, which tracks the number of gun-related deaths in each state.

Strict regulations do nothing but prevent regular law abiding citizens from protecting themselves from criminals who can get them elsewhere. The call for bans on the AR15 in Florida is a knee-jerk reaction to the irresistible need for America to find a scapegoat. The AR15 is no more deadly than any other model of rifle on the market, further proof the students don’t know what they are speaking about in their marches.

I have grown up around guns my entire childhood. Responsible gun owners, such as the ones in my family, pass on the respect for firearms onto their children. My first solution is proper gun handling. The Swiss require mandatory military training, and Switzerland has one of the lowest crime in Europe. Being taught how to operate, assemble and disassemble rifles took away the stereotype of a gun is a scary killing machine. It became a tool, one that protects my livelihood and my family’s. Proper teaching on handling guns is just one solution.

My second solution is improving mental health. The bulk of mass shooters suffer mental conditions. A sound mind does not call for the shooting of a school. These mental issues could have been preventable with more funding. We need to see mental health is as important as our physical health. Lawmakers turn away from solutions that could stop shooters at the source. There are Americans out there that need help from depression, anxiety, schizophrenia and so many more conditions that all can become factors behind a mass shooter. We can’t just shove these people to the side to bottle up their emotions. Mental health must be addressed now or it won’t matter how many assault rifles are on the market; shootings will keep happening.

Guns flow deep in America’s blood. The right to free access to guns is crucial to preserve our way of life. Criminals are such a small part of the gun owners out there. Those with ill intent can’t represent all gun owners. Gun control as proposed now won’t work, it has never worked in states with “strict” laws. Just because you refuse to address mental health and teach gun safety correctly, does not eliminate my right to protect myself. Firearms to protect not only myself but my family, home and country are not going anywhere and that’s with teens marching or not.

The Outlook • Copyright 2022 • FLEX WordPress Theme by SNO • Log in