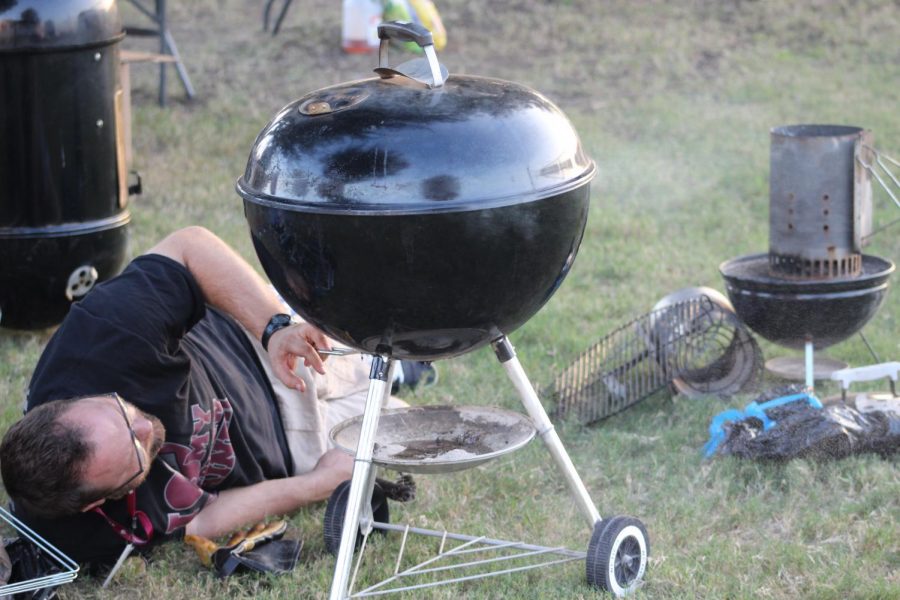 To celebrate Pink Out Week in coordination with Legacy, the schools hosted a tailgate cook-off competition before the game, in the parking lot across from R. L. Anderson Stadium, this past Friday.

“The environment was friendly and full of spirit,” senior Gloria Omabati said.

The Moncrief Cancer Institute was the recipient of donations from ticket sales.

“I had a full stomach so it felt more exciting to go straight into the game,” senior Jordan Hart said.

Although the competition was between the assistant principals at both schools, teachers and students also participated.

“Mr. (Miguel) Garza and I competed for Timberview versus Mr. (Dwight) Perry and Mr. (Rene) Villegas from Legacy,” assistant principal Andrew Marsh said. “It added a fun atmosphere. It brought a sense of community between us and Legacy.”

During halftime, Marsh was awarded the “Pink Spatula.”

“Marsh’s (chicken) was very delicious,” Ombati said. “A lot of people were eating food and talking about what was going to happen at the game.”

The cook-out last for an hour.

“It was cool to see all the administrators hanging out,” Hart said. “It was nice to see them outside of a professional setting.”

Marsh said it was a good chance to get the schools together.

“It was competitive but more than that it was just people sitting around talking,” he said. “Next time I’d like to see even more planning go into it so we can make it an even bigger event.”

The Outlook • Copyright 2020 • FLEX WordPress Theme by SNO • Log in