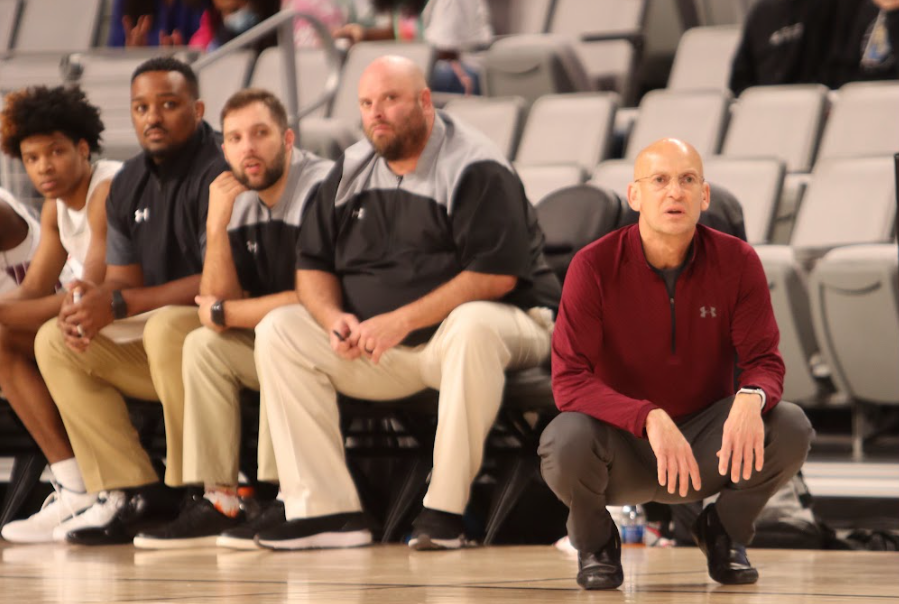 After another state playoff appearance and finishing the season 36-5, Coach Duane Gregory announced his plans to retire at the end of the year.

“We have been beyond fortunate in every and any measurable way,” Gregory said. “We placed a premium on team chemistry and the ability to coach each other. We have worked tirelessly to mold this program in that image.”

Over the last six seasons, he leaves the school with a record of 30-3 in the State Playoffs and three state rings.

“I have always believed you could be highly successful with good people that worked hard, were tough, were fearless, and conducted themselves with integrity and class. I feel we have proven that belief to be true,” he said.

He has taught and coached for 30 years in Texas and for 35 years overall.

“I don’t know how to say goodbye to a place that has played such an integral part in my life for almost two decades,” he said.  “I’m not tired of teaching, I’m just tired. Physically, mentally, emotionally… we pour a lot into it. All of us do.”

Gregory has been here since the school opened.

“I cannot fathom how it has already been 18 years since we opened Timberview,” he said. “I have been here since then. A piece of my heart and my spirit will always be on that court and in that gym.”

Principal Derrell Douglas has worked with Gregory for 12 years.

“I’ve never met a better coach than Duane Gregory,” Douglas said. “He teaches his players to be leaders and allows them to lead. His players are well-prepared for success on the court, in the classroom and after high school graduation.”

He said he is happy with the legacy he is leaving behind.

“When I got into this business my main goal was to make a positive impact on people,” he said. “I feel like, for the most part, that has happened.”

The credit goes to his former players and assistant coaches, he said.

“I always tell people my stat line at Timberview is terrible,” Gregory said. “In 18 years, I haven’t made one shot, I haven’t grabbed one rebound, I haven’t taken one charge. My players have done all of that and my assistant coaches have put them in positions to do so. I have merely been lucky enough to be sitting in the first chair.”

The support the team received from the teachers and administration was a huge part of their success, he said.

“I appreciate everyone I have worked with and worked for,” he said. “Thank you to all who I had deep relationships with and those who I merely came into contact with. It took all of you to make success possible.”

He filled the head coach position for 13 years.

“Coach Gregory’s teams are always prepared and are never over-matched, regardless of the opponent or the odds,” Douglas said. “One lesson I’ve learned from watching his basketball teams is to never doubt Timberview.”

He plans to work with the Flippen Group teaching Coaching Greatness, Capturing Kids Hearts and Process Champions to schools and school districts in Texas and around the country.

“Coaching has been incredibly fun and gratifying, but maintaining the level of success we have established here can be draining,” he said. “Moving onto the Flippen Group will still give me the opportunity to make a positive impact on kids, with possibly an even wider reach, since I will be impacting the teachers and administrators that impact the kids.”

The school will always be home to him and his family, he said.

“As I have always said, at some point the ball stops bouncing for all of us,” Gregory said. “When that time comes you will be left with what is in your head, and what is in your heart, and that is what will guide you for the rest of your life.”