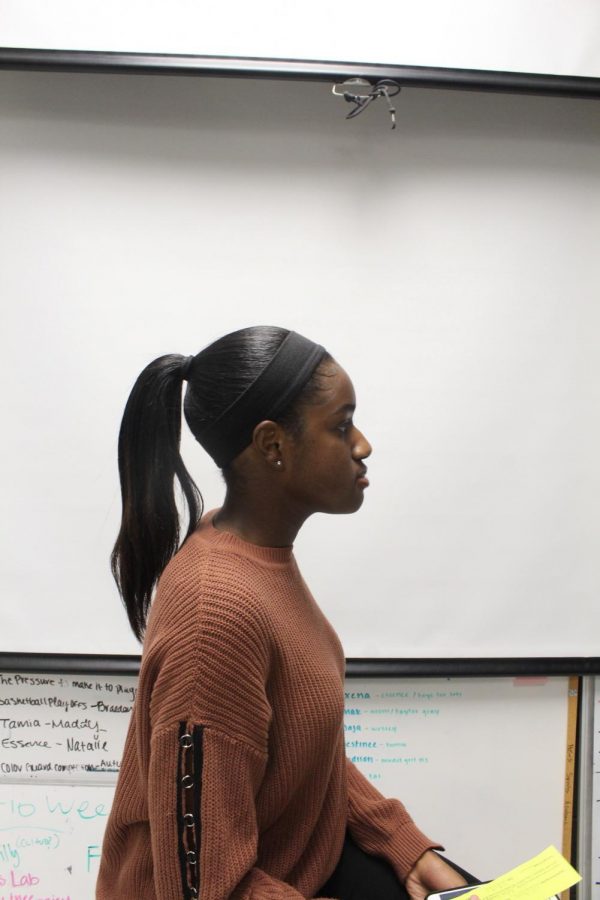 As the pins hit the ground with a thud, an X replaces the empty space on the scoreboard. The sound of clapping hands echoes in her ear as junior Kelsey Quinney heads toward the concourse. She takes in the applause as she sits in her seat and waits for her next turn.

In mid-October, Quinney was invited to the Junior Gold Championships which is in Nevada from July 11-18. She was in the top two girl bowlers in her league.

She said, “It’s a national tournament for female and male bowlers from ages 11 to 20.”

In seventh grade she began bowling.

“My dad’s friend was a coach and he asked if I wanted to bowl,” Quinney said. “I liked it and wanted to continue bowling when I noticed I was good at it.”

Quinney said she’s excited about having the opportunity to participate in the event.

“I’m practicing five times a week to prepare for it,” she said. “I usually work on form one day, spares another, or just on being consistent with my shots.”

She said there’s been many positive things that have come out of her bowling.

“I’ve been offered 12 scholarships so far,” Quinney said. “Not only that, but I’ve been able to be competitive and meet people I would have never met without being a part of a bowling league.”