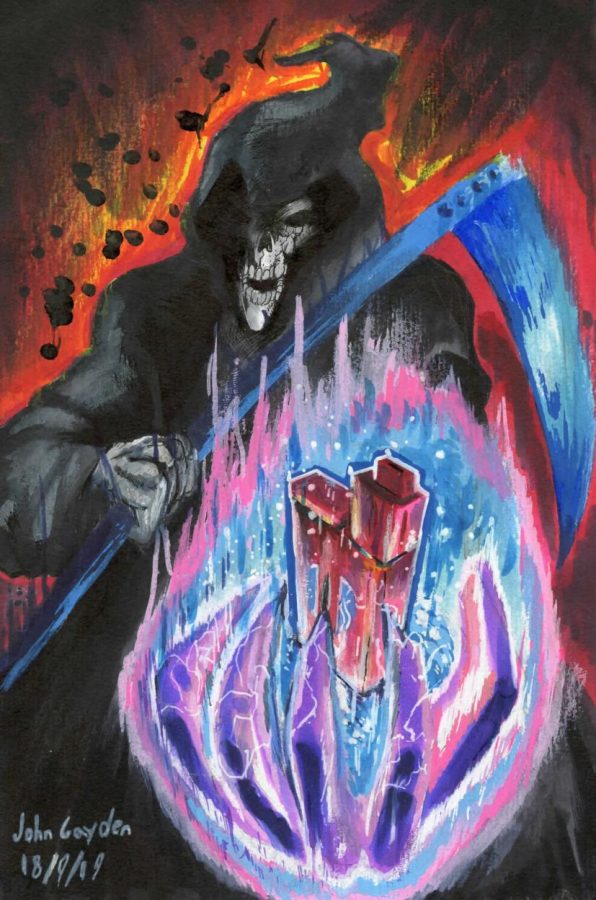 The vaping epidemic has claimed eight lives as of present. This will only continue to increase as more people fall prey to the addictive lure of nicotine. The CDC is finally taking action and has activated its Emergency Operations Center, researchers will begin by looking into the 530 cases of lung illnesses associated with e-cigarettes. The government should put an end to this festering disease by banning the sale of e-cigarettes.

The inhalation of the toxic chemicals contained within a e-cigarette can lead to irreversible lung damage and disease. Studies conducted at the University of North Carolina discovered that the two primary ingredients an e-cigarette contains-propylene glycol and vegetable glycerin- are detrimental to cells and that the more you inhale the greater the level of toxicity. E-cigarettes can also cause cardiovascular disease, acute lung injury, COPD, asthma, and lung cancer. The physical toll that vaping takes far outweighs the momentary satisfaction that many addicts crave.

E-cigarettes contain and produce many harmful toxins. Their ingredients generally include: ultrafine particles that can be inhaled deep into the lungs, volatile organic compounds, heavy metals, and flavorings linked to serious illnesses. They also produce various dangerous chemicals such as: acetaldehyde, acrolein, and formaldehyde. The U.S. Surgeon General and the National Academies of Science, Engineering, and Medicine have issued warnings about the dangers of inhaling secondhand e-cigarette emissions.

Most e-cigarettes contain a highly addictive substance called Nicotine. Exposure to this chemical, especially at a young age, can lead to changes in the brain that make it more susceptible to other drugs. It may also impair cognitive development in the brain and lead to attention deficit disorder and poor impulse control. Chronic Nicotine exposure can also lead to insulin resistance and type 2 Diabetes.

The government should ban the production and distribution of all e-cigarettes due to negative effects of vaping. Instead of finding an alternative for smoking cigarettes we should focus on campaigning against these harmful habits in order to improve our country and the lives’ of its citizens.