Heading for the playoffs 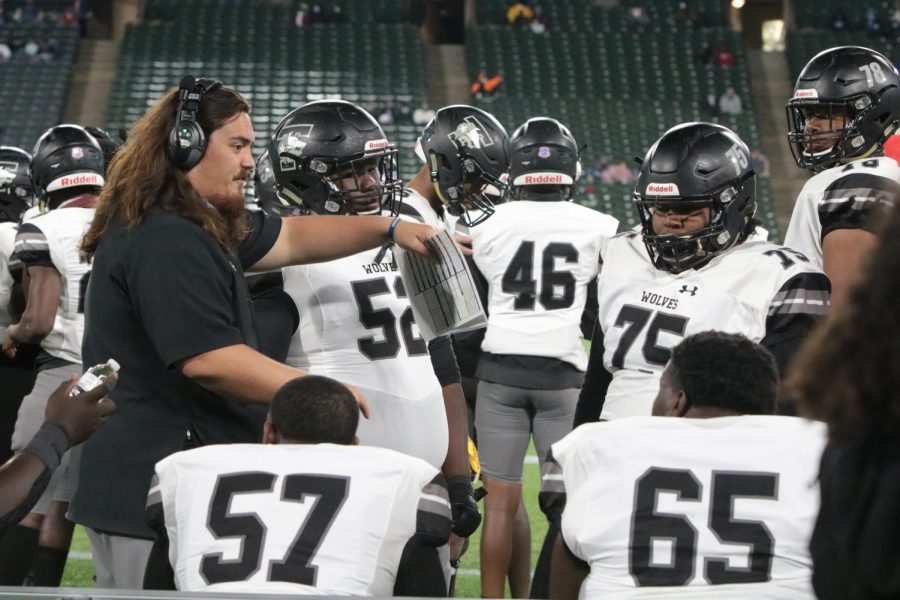 Coach Michael Peschka in the huddle with players.

The Varsity football team kicks off their first ever 5A DII playoffs this week against Kimball this Friday in Newsom Stadium, at 7 p.m. The team, ranked 59th in Texas, is predicted to win against the Knights, who are ranked 460th in the state.
“It feels good but it’s also a repetitive thing,” starting left tackle Jimeto Obigbo said. “Playoffs always come around to us every year but this year feels very special. I expect us to make it very deep in the playoffs.”

Because of COVID-19, the season was delayed which means new challenges. “My first (concern) is weather since we’re playing later in the year,” Coach Michael Peschka said. “My second is contact tracing causing us to lose players and the third is we’ve had a hard time staying mentally disciplined.”
After Kimball, the team will face the Ennis Lions, who are ranked 4th in the state.
“We’ll have to work and play extra hard, but at the end of the day, it’s just another game,” defensive tackle Armani Kathy said. “Fixing mental mistakes will be our main objective.”
Outside linebacker, Kenyota Smith hopes to play in the state championship.
“It’s something new since we’ve never played in January, but staying on the field is always exciting,” Smith said. “We plan on staying on the field for a good while.”