5 Christmas Movies You Need to Rewatch 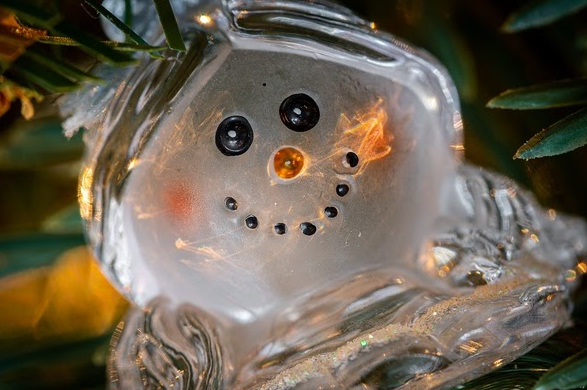 One of the best parts about the holiday season is enjoying the endless selection of Christmas movies. Curling up on the couch with a fuzzy blanket and cup of hot cocoa is perfect when you have the right list of flicks to binge. While there are tons of new holiday movies that release each year, you can never go wrong with a classic. Take a peek at our top five recommended Christmas classics.

Love Actually is a Christmas-themed rom-com that follows the relationships of eight different couples that are all loosely acquainted. The British film begins roughly five weeks before the holidays and is packed with stars you may recognize like Keira Knightley, Emma Thompson, Hugh Grant, Liam Neeson, Colin Firth, Laura Linney, Alan Rickman, Martine McCutcheon, Bill Nighy and Rowan Atkinson. We get to catch glimpses into the lives of each character as they all have one main thing in common; love. The soundtrack is also amazing.

This hilarious film stars Will Ferrell as Buddy the Elf, a man raised by elves in the North Pole since he was a baby. Buddy decides to venture out in search of his real family in New York City. Ferrell adds satire to the storyline and lovable character, much like he does with his well-known characters from Saturday Night Live and various hit films. Elf is family-friendly with one-liners you’ll be repeating for years to come. If you’re in the mood for a hilarious, slapstick comedy, Elf won’t disappoint.

How the Grinch Stole Christmas (2000)

This Christmas classic, written by Dr. Suess, was turned into a live-action comedy that you won’t want to miss. The Grinch (Jim Carrey) watches as Whoville begins their annual holiday preparations. Traumatized by an event that happened when he was young, the Grinch grew to hate the holiday and anyone who celebrated it. Both the Who’s and the Grinch learn the true meaning of Christmas just in time to celebrate together.

The Nightmare Before Christmas (1993)

Produced by Tim Burton, the 1993 claymation tells the story of Jack Skellington. Jack is the king of Halloween Town, who happens to discover Christmas Town and becomes obsessed with the holiday and sharing the joy with his people. He attempts to take over Christmas, which jeopardizes the entire holiday as he accidentally spreads terror to little boys and girls due to his different idea of a good gift. Realizing his mistake, he sets out to find Santa Claus to save Christmas.

Released in 2009, A Christmas Carol is a computer-animated adaptation of Charles Dickens’ 1843 novel of the same name. The movie features Jim Carrey as Scrooge. If you’ve never seen it, it’s a story about a selfish and mean-spirited old man, Ebenezer Scrooge, who absolutely despises Christmas. Scrooge is visited by the ghosts of Christmas past, present, and future. The three ghosts take him on journeys to show him his childhood, his acquaintance’s current holiday celebrations, and his future. He ultimately learns his lesson about his ways and wakes up on Christmas Day excited to celebrate. Even though the film was criticized for being a dark comedy, the visuals are stunning.