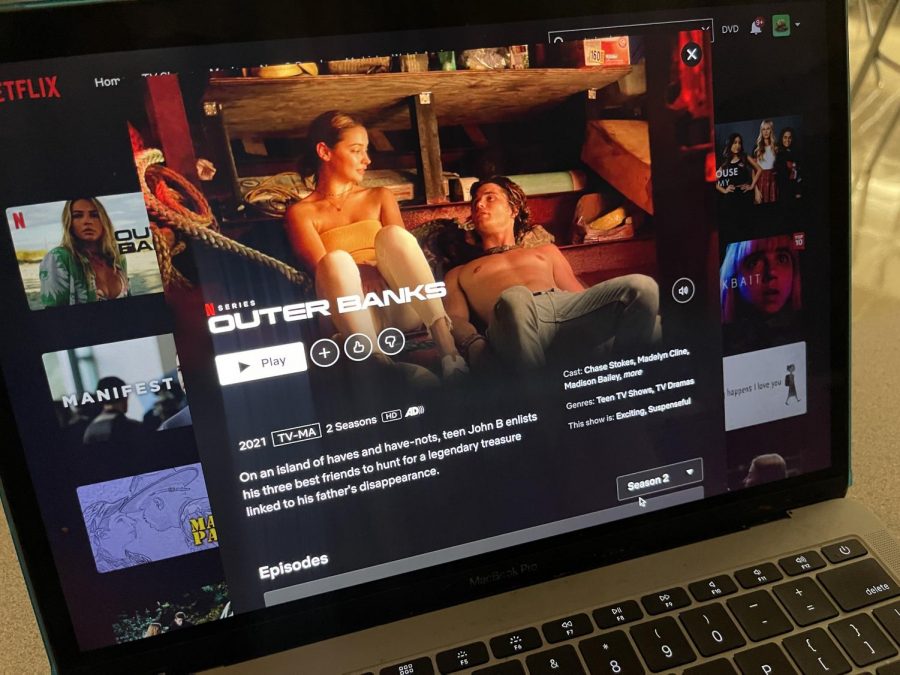 Outer Banks Season 2 was released at a perfect time during the summer to get the most viewers possible. It was 100 degrees out and teens were bored at home. The show’s arrival excited fans who had watched Season 1 and quickly had those who hadn’t watched it trying to catch up. The series, which focuses on teenagers John B, J.J. and Kiara, originally became a hit in April 2020, when it was released during the COVID quarantine.
Season 1 ended with John B and his girlfriend, Sarah Cameron, becoming fugitives after John B finds out that Sarah’s father Ward Cameron, killed his dad and planned on taking the incriminating evidence to the police. However, Sheriff Peterkins, the cop in charge of arresting Ward, was shot by Sarah’s older brother Rafe. Desperate to protect his family, Ward develops a plan to escape to the Bahamas and frames John B with the sheriff’s murder. Sarah runs away from her father and joins John B on the run from the police as they steal JJ father’s boat and sail off into a storm.
Season 2 starts overseas with John B and Sarah landing in the Caribbean. This reassures the viewers that John B and Sarah survived the storm. This latest season keeps up with all of the stereotypical Outer Banks themes such as treasure hunts, fights and the feud between Ward and John B. New foes are introduced such as Cleo, a Caribbean girl who helps John B and Sarah escape the police and new enemies such as C. Limbrey, the Charleston woman who contacts Pope about the key to his lost family heirloom. Season 2 took a serious turn when Pope is revealed to be a descendant of Denmark Tanny, a former slave, which means his family could have a claim to the Tannyhill section of town.
But Pope’s journey to reclaim his family’s land and treasure wasn’t easy, as C. Limbrey goes as far as raiding Pope’s great-great grandmother’s grave. When C. Limbrey leaves her remains out in the open, the group of friends give her a proper burial. Even at the end of Season 2, Pope still wasn’t able to reclaim his family treasure.
Romance was in the air with viewers’ favorite ships sailing off like John B and Sarah getting “married” in their time at the Caribbean. Pope and Kiara’s romance ended just as fast as it started when Kiara decided she just wanted to be friends with Pope. JJ and Kiara were fan favorites but sadly nothing happened between the two in the latest season keeping true to their no Pogue on Pogue macking rule.
If you were a fan of Season 1, then you will like Season 2 even more. It’s a pleasant watch with adventure and beautiful sunsets. With the high ratings from the second season, expect a Season 3.