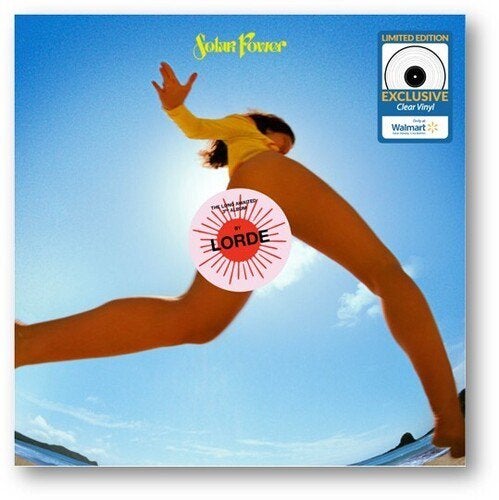 If you’re looking for a fresh sound this fall, check out the latest release from Lorde. The 24-year-old Kiwi singer-songwriter is back with her third studio album, ‘Solar Power.’

The singer first broke records and topped the charts at just 16, with her debut album ‘Pure Heroine.’ If you only know her from her hit song ‘Royals,’ you might not recognize her today if a song from ‘Solar Power’ was playing on the radio.

The album is a big shift in tone from her previous releases, yet Lorde showcases her versatility as an artist by pulling off the new sound perfectly. ‘Melodrama’ and ‘Pure Heroine’ drew fans in with the varying genres within each album. The constant change-ups, from a slow, dark ballad, to an angsty anthem, were a recipe for success. Yet, what ‘Solar Power’ lacks in diversity, it makes up for in the unique imagery created by Lorde’s lyricism.

The album was influenced by her new off-the-grid lifestyle, as referenced in the title track ‘Solar Power,’ with the lyrics, “I throw my cellular device in the water/Can you reach me? No, you can’t.” After her Melodrama World Tour in late 2018, Lorde quietly slipped out of the public eye after returning to her home in New Zealand. There wasn’t a day gone by where I didn’t see a Lorde fan begging for updates on the artist and her next musical venture. Lorde’s conscious decision to slowly back away from pop stardom was a meaningful one. Instead of focusing on boosting sales and topping the charts, she chooses to sing from the heart about her current thoughts and whereabouts.

Lorde created sunshine in album form with ‘Solar Power’. In ‘Leader of the New Regime,’ she sings “Wearing SPF 3000 for the ultraviolet rays/Made it to the island on the last of the outbound planes.” It’s slower pace and vibey tracks are a breath of fresh air in the music industry today. It’s a break from the loud and electric 80s revival this past year from artists like The Weeknd, Dua Lipa and BTS.

Lorde knew this album would be a hit or miss for many, but with her newfound peace away from the public eye, she was okay with that. The 20-something-year-old just wanted to share the rawness of her journey with her fans.

The album was instantly added to my library after first listen. For others, it took multiple plays for the new sound to grow on them. The opener, ‘The Path,’ sets the musical and lyrical tone of the album. “Teen millionaire having nightmares from the camera flash,” she confesses in the first stanza of the song. The two lead singles, ‘Solar Power’ and ‘Mood Ring,” left many underwhelmed and disappointed upon release, but surprisingly, the two still remain as some of my favorite songs in the album.

‘Oceanic Feeling’ is a refreshing yet calming end to the album. The 6-minute-long song feels like an awaited encore, and yet somehow succeeds in not dragging on forever. The last-minute of this piece is perhaps one of the highlights of the album.

Whether you were a Lorde fan in the past or not, ‘Solar Power’ is worth streaming. You may just find a few new songs for your playlist.